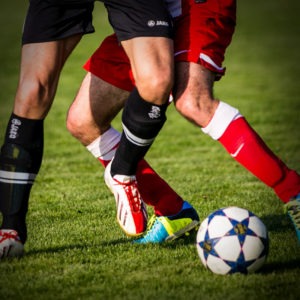 Being in Spain on retreat for the month, I can only follow the World Cup very much at a distance but even I couldn’t fail to get a little caught up in England’s dramatic penalty shoot out last night. I went online around full time to see the result and was pleased to see England winning 1-0. Before I could log out though the drama began – a late equaliser in stoppage time – here we go again I and many others were thinking. A tense extra time with Columbia rejuvenated… and then the penalties themselves. Morale was sinking – England have never won in such a situation…and they are the first to miss and we feel stuck in the well worn script. But then the surprise. .. they win…

I shouldn’t have doubted but I did. How appropriate that this all happened on the feast day of St Thomas the apostle. Even as I found myself saying ‘I can’t believe it’ I realised I was echoing some historic words from someone else who seemed caught up in the inevitability of disappointment. Thomas was surprised by Jesus appearing exactly in the place where a week previously he had insisted that unless he touched the very wounds of Jesus he would not believe. ‘Come and touch the wounds’ said Jesus ‘and then believe’.

I’m sure that last night touched the wounds of many a football supporter – 52 years of hurt and all that – but then came the surprise. That’s resurrection. Just as we are caught up in the inevitability of disappointment we are surprised. Sometimes God’s surprises hit us in the face as in the case of Thomas. Sometimes they are more subtle and need sniffing out in mindful attention. We need to make sure we are spotting them. A lot of what being here on a thirty day retreat is about is really taking time to see what God is doing in my life and the world around me, to notice his surprises. In fact they are more sure than England winning a penalty shoot out.

Finally lets remember to pray for the Columbians… After all we know how they’re feeling.