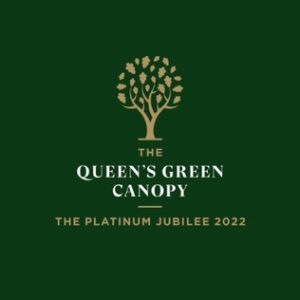 Launde Abbey is delighted to announce that Launde Park Wood and Launde Big Wood have been chosen as part of a nationwide network of 70 Ancient Woodlands to be dedicated to The Queen in celebration of the Platinum Jubilee. 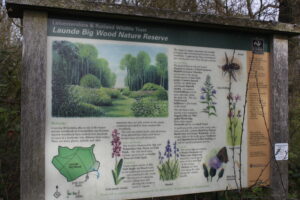 Made up of two of the most ancient woodlands in Leicestershire, stepping into Launde Park Wood and Launde Big Wood is like stepping back in time. Oak, ash, hazel and field maple dominate Big Wood to the west, whilst Park Wood to the east was once a Forestry Commission plantation.  These woodlands are under long term management as nature reserves by Leicestershire and Rutland Wildlife Trust.

The Queen’s Green Canopy recently announced the network of 70 Ancient Woodlands and 70 Ancient Trees across the United Kingdom which will form part of the Ancient Canopy to celebrate Her Majesty’s 70 years of service.

The initiative was launched by His Royal Highness The Prince of Wales, who is Patron of The Queen’s Green Canopy, under one of the Ancient Tree dedications – the old Sycamore located at Dumfries House in Scotland.

Revd. Alison Myers, Warden of Launde Abbey, commented: “Walking in ancient woodland is, for me and for many, a spiritual experience – it connects us with the natural world, and life that began before us and will continue after us. 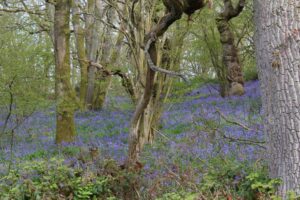 The ancient Launde woodlands go hand in hand with Launde Abbey’s long spiritual history, reaching back to the time of the monks of the original Priory and forward to the current Abbey and its grounds which are home to a praying community today.

We are thrilled that Launde Abbey’s ancient woodlands are part of the Queen’s Green Canopy, not least because over the last two difficult years, more and more people have discovered the blessing of walking in woods.  When you next visit Launde Abbey, do include walking in our beautiful woodlands as part of your retreat.”

Leicestershire and Rutland Wildlife Trust work on behalf of the Launde Abbey Trust to preserve these ancient woodlands for wildlife and future generations to enjoy.

Head of Conservation at Leicestershire and Rutland Wildlife Trust, John Clarkson welcomed the news: “Owned by the Launde Abbey charitable trust, the Launde Woods, (Launde Park Wood and Launde Big Wood) are both amazing places for wildlife with a fascinating cultural history.

Right now, they are woodlands with magnificent trees, and woodland wildflowers that provide a safe haven for many wildlife species, including bats. In the past, both woodlands were part of the Royal Leighfield Forest and part of the lands associated with Launde Priory (now Launde Abbey), later appropriated by Thomas Cromwell after the dissolution of the monasteries. For now, we call them Ancient semi-natural woodlands, to reflect and acknowledge their long cultural and ecological importance.”

Evidence of the woodland’s ancient past can be seen throughout both nature reserves, with massive boundary earthworks, century-old giant coppice stools, and many plants known to be confined, or nearly so, to ancient woodland sites.

Established over hundreds of years, the chosen woodlands and trees represent the diverse canopy of the four nations, it is a celebration of our living heritage. All the woodlands and trees have a story to tell. Some are famous specimens and others have a local significance.

These Ancient natural spaces hold significance and meaning for so many people in many ways. They are symbols of community pride, places to connect socially and vital spaces for health and wellbeing activities.

By sharing the stories behind the Ancient woodlands and trees, as well as the incredible efforts that are made to protect them, The Queen’s Green Canopy aims to raise awareness of these treasured habitats and the importance of conserving them for future generations. 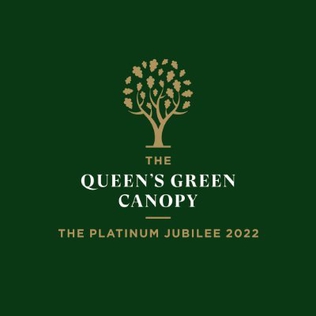 Launde Abbey’s Dairy Tea Room is usually open daily from 10.00am until 4:30pm with last food orders at 3.30pm (check our opening hours and menu here).

The grounds are open only to café patrons and residential guests.

At the present time, access to the House and Chapel is reserved to residential guests.

We take safeguarding of children and vulnerable adults very seriously at Launde Abbey. If you have a safeguarding concern please contact the our safeguarding officer, the Revd Alan Humphrey. If you wish to speak to the Diocesan Safeguarding Team, or to someone outside the Abbey, their contact details are available here.