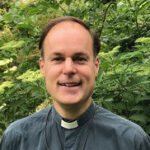 St Benedict of Nursia was a sixth century monastic whose life and writings were characterised by a love of silence, seclusion and rootedness in one place. The thirteenth century friar, Francis of Assisi, was by contrast a flamboyant and joyful troubadour for the Lord, travelling widely and begging for his bread. Yet they both shared a passionate love for God, for poverty, for community and for prayer which led to the foundation of two of the greatest religious communities in Christian history.

What happens when we bring these two astonishing figures (or at least, their writings and traditions) into conversation? In this Quiet Day James Shakespeare will explore ways that these twin pillars of the monastic life can shape our prayer and discipleship and help us in the present day.

Revd James Shakespeare spent fifteen years in Leicester Diocese and led a range of Quiet Days at Launde during this time. He is now vicar of St John the Evangelist in Cambridge, and leads the development of prayer and spirituality in Ely Diocese. He is also a member of the lay Franciscan community and a keen follower of Benedictine spirituality.

Yes – I’d like to take part in this Quiet Day!